Who is Mahakali? – Here Are The Signs Maa Kali Is Calling You

Maa Shakti is the creator of the cosmos. She is worshiped in various forms possessing various names. But who is Mahakali? Goddess Mahakali is a Hindu deity who is connected with the force of empowerment, Shakti. She is the goddess Durga’s ferocious side. Let us know more about Mahakali,  and the signs Maa kali is calling you.

Who is Mahakali? – Explained

Kali is derived from the word ‘Kala’, which signifies dark, time, death, and Shiva, the Lord of Death. Since Shiva’s name is Kala, which means “eternal time,” his consort’s name is Kali, which also means “death” or “time”. Goddess Kali is Shakti’s most ferocious and destructive manifestation.

Her skin is black, her eyes are crimson, and she has four arms. In one hand, she wields a sword (khadga), while in the other, she wields the severed head of demons. Her other two hands are in a position to bless Her worshipers. She also adorns a garland of demon heads that she has slaughtered, making this Goddess’s appearance even more terrifying and holy. 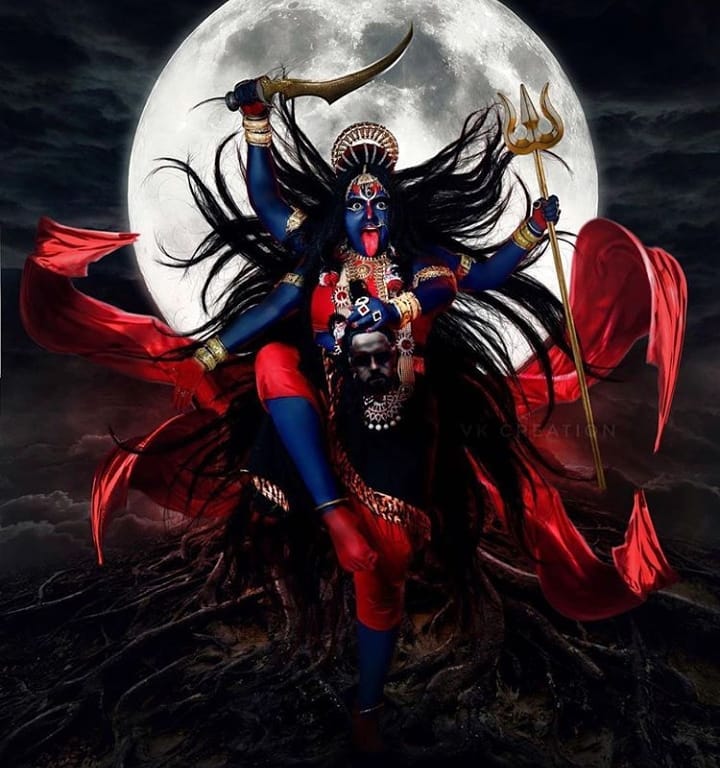 Mata’s dark complexion, unusual appearance, fiery tongue, and blood-red eyes would be enough to give you the chills. She is, nonetheless, one of Hindu mythology’s most powerful goddesses. Goddess Kali is the major goddess for Aghoris as well as other Tantrik cults, together with Lord Shiva.

The Story Of Mahakali And Raktabija

Goddess Kali is believed to have emerged from Goddess Durga’s enraged forehead. She is thought to be the expression of Durga’s wrath in this incarnation. She defeats the demons Chanda and Munda, as well as the demon Raktabija later on. Goddess Kali is claimed to have continued her destruction after killing the demon, and Lord Shiva was forced to lie in Kali’s path. Goddess Kali stepped on him, and she quickly realized her error, which calmed her down. 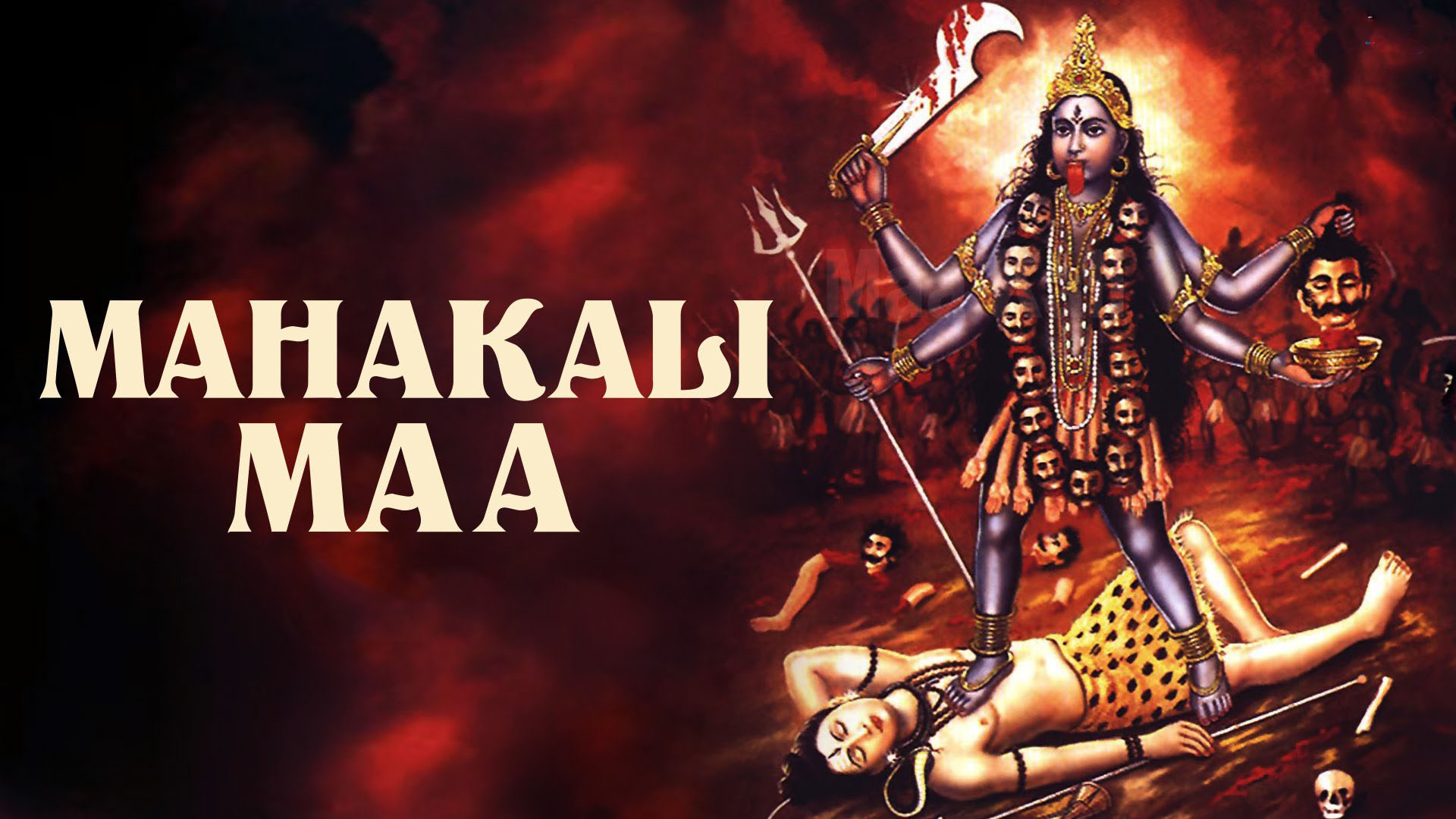 Also Read – The Origin And History Of Durga Puja

Signs Maa Kali Is Calling You

Unless you’re a rakshas (Wiccan, witches included), Kali won’t summon you unless she’s trying to kill you. If that’s the case, we advise you get your life in order because you’re not getting out of that confrontation alive.

Most typical Hindus who aren’t freaks of nature are aware that non-ugra forms of the devatas are to be invoked first. Only persons with incredibly advanced powers and abilities who know what they’re doing should worship the intense forms.

Don’t invite Kali Mata over for a night of fun and games. You must know what you’re doing, or you may expect to be subjected to some painful life lessons in the near future, which few people would ever want to repeat.

How To Worship Mahakali?

Maa Kali is revered as a caring mother, a sexual power source, a spiritual guide, a ferocious warrior, a protector, an avenger, as well as the goddess of all-natural and supernatural death. She is both lovely and terrifying in all of her guises.

Kali Mata, like a protective mother, is also called to eliminate all bad or demonic energies in any form, including wrath, ego, selfishness, and several other bhavas in our brains. She also removes ignorance in order to impart enlightenment. She extinguishes the darkness so that we can see the light. Maa Kali takes away all suffering, sadness, unhappiness, and all of life’s trials and tribulations, and bestows bliss, joy, and the immortality of living with her forever on us.

No, worshipping kali is not dangerous. But, don’t go about calling scary manifestations of the mother goddess just because you’re a “strong and independent” woman or whatever. Your societal psychological concerns should not be brought up in this, since it might be quite harmful to you. This isn’t a toy. In other situations, your physical body is unable to sustain the energies of the more severe types of Devi, which can result in insanity or, in the worst-case scenario, death. 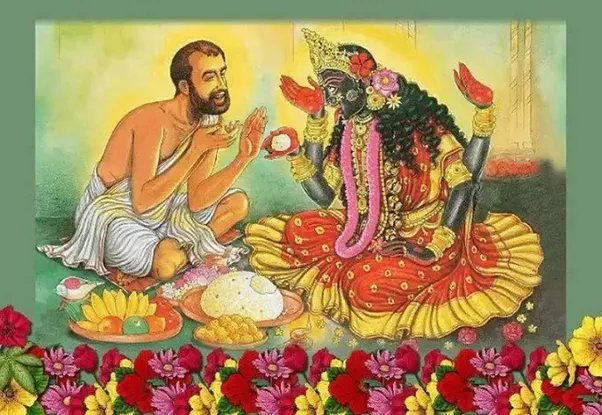 This is equally true of masculine devatas like Bhairava and others. Worship of such powerful devatas should indeed be done under the guidance of a Guru or someone with a greater extent of siddhi in the subject. They have the ability to protect you from things that go wrong. It is acceptable to visit Kasi and pray to Bhairava and other deities. However, don’t expect to “make it up as you go” while doing things at home. Before you conjure such Shaktis, your consciousness and physical body must have acquired a certain threshold of karmic purity.

How To Talk With Maa Kali

The non-shanti forms are only to be called by experienced Siddhas who have perfected yoga and are Gurus in their own right.

Also, Hindus and witches, Wiccans, and pagans are not the same things. Hindus are neither pagans, witches, or Wiccans. Witches, Wiccans, and pagans have no effect on Kali or the benevolent manifestations of Mother Goddess. She reacts to real pujas and dhyan in which the bhakta performs the shastras that she wrote about herself. If you’re genuinely interested in Devi, you should read the Devi Bhagavatam.